Over the last few weeks concerns must be mounting at the venerable Bank of England. We have seen hawkish comments coming from several MPC members including the Governor himself. Last Saturday, speaking to the Yorkshire Post (which seems to get surprisingly good coverage of market moving snippets) he presented the idea that there was now a new and different difficult job to perform – that of preventing higher inflation expectations becoming embedded. “That’s why we, at the Bank of England, have signalled, and this is another such signal, that we will have to act”, Governor Bailey stated, speaking from home to the G30 group of central bankers. Currently investors expect inflation to peak at triple the target rate set with HM Treasury, at a whopping 6%.

Also concerning, markets see the current long-term trend at 3%, still 50% above the maximum that should be permitted. We have heard from Central banks far and wide that the role of monetary policy has evolved through this crisis, with talk of employment becoming as important a metric as inflation. With furlough ending but the data not yet public, the market no longer seems to care as wages have continued to rise strongly, vacancies have dwindled, and there is some “great resignation” apparently working its way through the system.

Last week the yield on 10 year Gilts had doubled from just a couple of months ago, reaching a 2.5 year high of around 1.20%. Recent market pricing tells us that rates will rise to 0.25 by December, with an additional increase that would see the UK reach 0.50% by March of next year. Beyond that, if traders are right, 2023 will start with a base rate hovering around 1%. Raising rates quickly will always create other inherent risks, as highlighted by the publishing of the Banks latest findings in its Quarterly Credit Conditions Survey last week, where defaults on UK lending are seen rising in this final quarter of the year. Let’s hope banks hang on to some of those larger loan loss provisions amassed and then partially released over the course of the last 18 months.

Hikes in the coming months seem inevitable, the only question being when, as the dial turns firmly towards tightening. 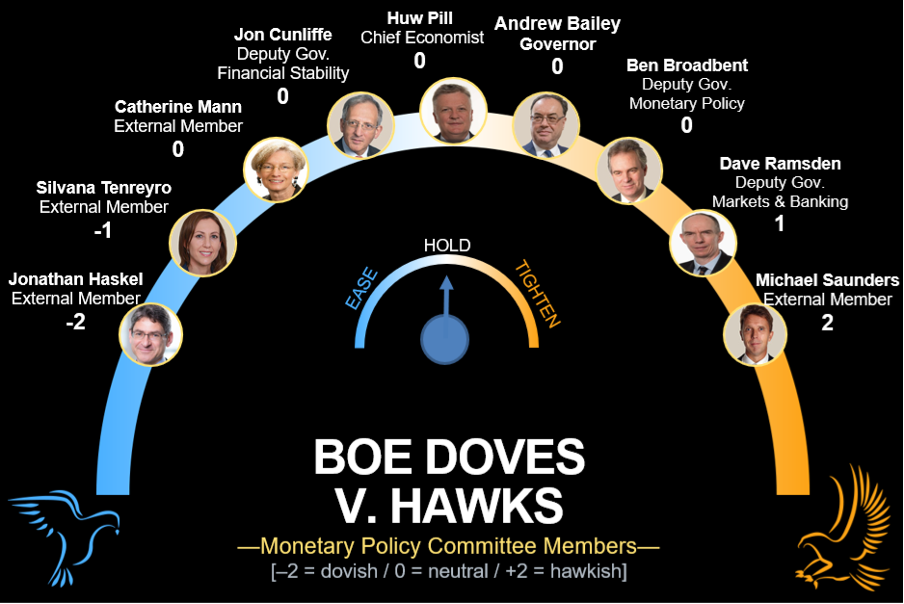 However, with transitory language seemingly meaning other central banks are still grappling with employment and disruption, it might well be that the Bank of England’s prudent approach is once again the gold standard. Worth noting is continued GBP weakness, as the usual trend of higher rates and thus demand from foreign currencies has not yet emerged. Nervousness appears to remain post-Brexit, with disruptions to supply and ongoing (re-)negotiations capturing headlines to a greater extent than the steepening Sterling yield curve.

The good news here is, we have launched several new products that link to both the base rate and market expectations of rises, leading to high yielding product on a risk-adjusted basis that will not require renegotiation whether the bank hikes or not, but instantaneously deliver you the best possible rates.